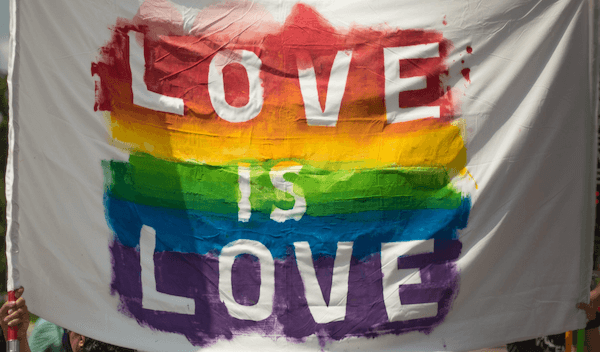 Groups of young lesbians, homosexuals, transgender or those who question their sexual identity (LGBT) or those perceived as LGBT are at greater risk of being victims of harassment. The results of the Survey on Risk Behavior among Youth 2017 show that, at the national level, more and more high school students in the US who identify as lesbian, gay or bisexual (LGB) claim to have been harassed in school (33%) and have suffered cyber bullying (27.1%) last year, compared to their heterosexual peers (17.1% and 13.3%, respectively ).

Rights and Support in the U.S.:

LGBT (Lesbians, Gays, Transsexuals, and Bisexuals) in the United States have evolved over time and it is varying on a state-by-state basis. Also, the Supreme Court has made history after ruling that LGTB couples can adopt children or guardians of children welcomed by the authorities.

Nebraska was the last State to have the restriction, a law formulated in 1995 which prohibited these families from opting for this type of upbringing. The regulation, now repealed, had the objective that in the name of “the best interest for the child” not include LGBT couples among possible adoptive parents, explain various American media.

The lawsuit was filed by three LGTB couples against the federal authorities arguing that this law was against the current regulations on how to treat gay or lesbian couples and how they were treated differently from heterosexual couples in similar socioeconomic conditions. In summary, the regulations were unconstitutional.

At the first hearing, after the complaint, the first magistrate in charge of the case agreed with the three couples. The sentence that, in the next step appealed the Government of the State, alleging that the demand did not have weight, already “that they, the pairs, never had requested an adoption” and that “the regulation of the State already included certain exceptions for the LGTB people”

What happened in Nebraska is, for now, the point and followed by a struggle for equality that only began to materialize a few years ago. It all began with a simple gesture when, before the victory of Barack Obama in November 2008, California took a step towards equality between heterosexuals and homosexuals, allowing them to marry and form a family in their State.

The joy lasted little, since, in November of that same year, the measure was revoked, which provoked great mobilizations on the part of the citizenship. California was a pioneer and in the next few years, states like Vermont and New York followed in their footsteps. In 2012, there were already seven states that approved these unions.

From declaration, more and more States allowed gay unions until, in June 2013. The US Supreme Court declared equality of homosexual marriages; two historic sentences that enshrined the rights of homosexual couples and advanced the cause of full legalization. The Supreme Court declared unconstitutional the law that limited marriage to the union between a man and a woman, and rejected the decision of the State of California to prohibit gay marriage.

The decision led, among other measures to the residence of a gay immigrant married to an American. Those gay couples did the joint tax return; that in 2014 the rights of heterosexual couples were extended to the gay or that Obama prohibited labor discrimination against homosexuals. Until, finally, in 2015, the US Supreme Court legalized gay marriage. In a landmark ruling, judges gave homosexual unions their biggest victory in decades, recognizing equal rights for same-sex couples.

Finally marriage for all:

For decades, gays and lesbians have fought for it. But now marriage is valid for all. So, finally, it is absolutely good news for your guys. If you are falling under the LGBT community and looking to choose your best partner, you have the best option to visit online chat line dating site where thousands of people gather.

The site and applications to make appointments or meet people are increasingly successful and have more and more users throughout the world. However, most of them are only for heterosexual people or with a very generic option for people who are not. But, in recent times, that has changed and there are more and more applications and dating platforms sites for the LGBT community.

Use the LGBT Dating Chat Lines and Meet the Strangers:

If you’re tired of dating apps that do not include LGBT communities, chat line numbers are the perfect solution. As the largest social media application for gay, bi, Trans, and queer people, you will not be short of options when you’re looking for an appointment. The application uses the location of your phone to find other nearby members. In addition, it is a fun app to chat, exchange photos and meet people.

Choose the Best Partner among Hundreds:

Surely more than once you have gone out to meet gay guys and you have not linked. Maybe the guys you know are not your type or that you do not have much in common.

We know that this experience can be very frustrating. That’s why at Dating Chat Line, we make things very easy for you to meet many people and get gay dating. You can participate in our exclusive gay chat rooms and meet men after completing the brief registration. After logging in you will have to make a profile and upload a photo.

It’s your chance to show yourself to others and highlight your strengths by being honest, of course. After completing your profile other users can easily find the database and they read profiles of the members and also other members can do the same.

Do Not Hide your Feelings:

Use the best Chat Line communication tools and share your hidden feelings. Explore the profiles that also have the same goal as yours. Meet new Gays and Lesbians in a quick and easy way. Get in touch with them and know each other in a better way. And know how much you both have in common.

Think about what your life partner would be like and make your dreams come true!

We focus on the rights, rights of every community. LGBT, Interratial, and more. We will discuss the controversial topics here in Fes-Globalization
enquires:
help@fes-globalization.org